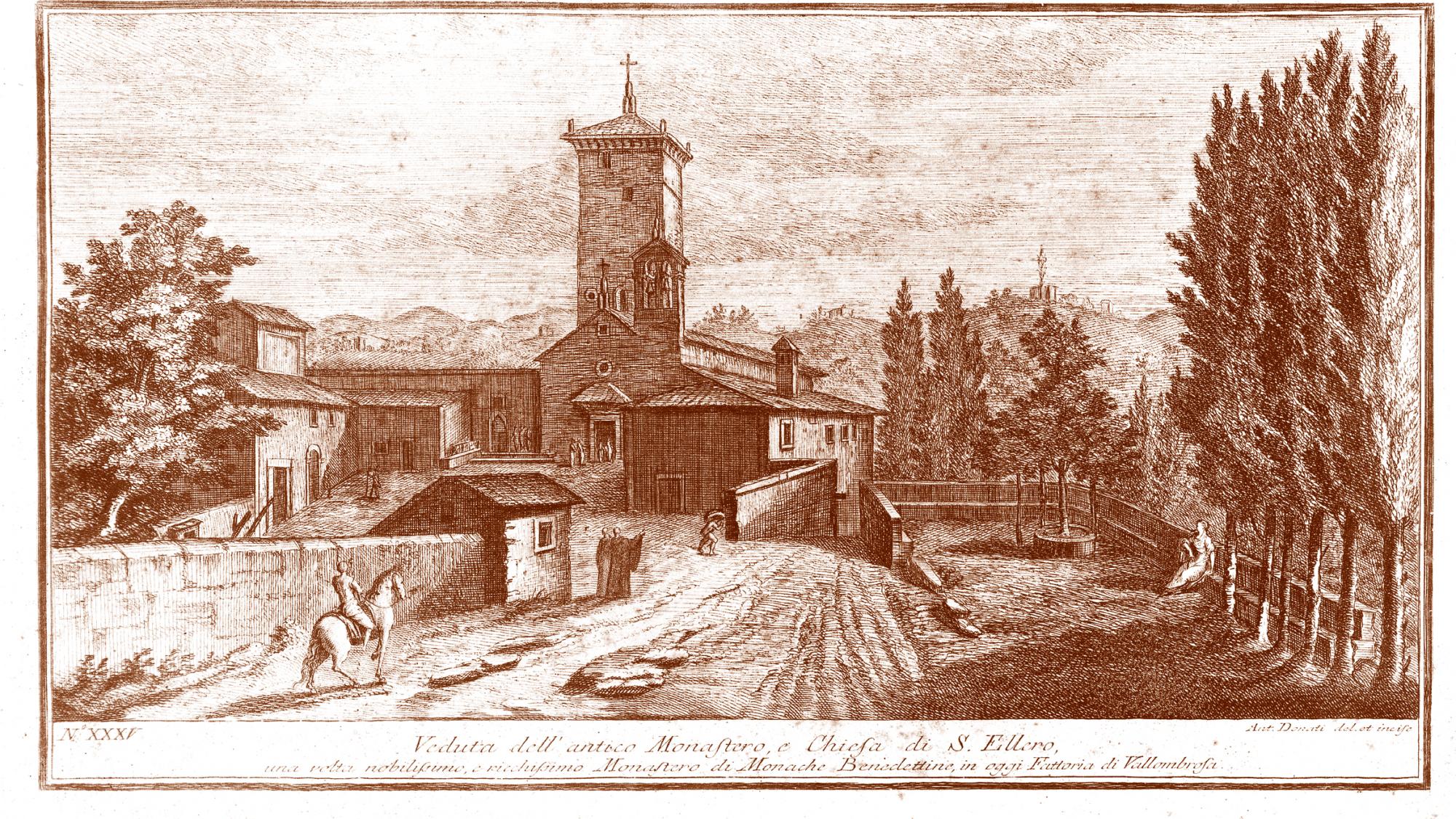 "XIX. How the Florentine Guelfs took the Castle of Sant'Ellero with many Ghibelline rebels
In the year of the Lord 1267, in the month of June, not long after the Ghibelline faction had been driven from Florence, several of the best knights and the leaders of these Ghibellines barricaded themselves with their men in the castle of Sant'Ellero; their captain was Sir Filippo of Quona, or of Volognano, and they declared war on the city of Florence. Thus the Florentine Guelfs went to the castle in battle array and with them went the marshal of King Charles, with all the French cavalry he had with him. Following a battle they conquered this castle, where at least 800 men were hiding, most of whom were killed or wounded and in part taken prisoner; there remained several of the Uberti, Fifanti, Scolari and Volognano families, and some other Ghibelline families who had fled from Florence with their followers; the Ghibellines suffered great losses from this state of affairs and they also lost the fields of Firacchi and Gressa; and it is said that a young Uberti fled to the bell tower and when he realized that there was no escape, to avoid being captured by the Buondelmonti, who were his enemies, he chose to jump from the bell tower and was killed. Geti da Volognano was taken along with his companions and was imprisoned in the castle tower, which thereafter was always known as la Volognana".